Zillow announced Tuesday that it is leaving the home-flipping business after three years. The decision raises questions not only about the company's future and the state of the housing market, but also about how good the company is at predicting home prices. The critical question for homebuyers and sellers: Can you trust the Zestimate?

Home price predictions have always been a big part of Zillow's appeal. When Barton and his co-founders launched Zillow.com in 2006, the “Zestimate” was a hail mary. Their original idea to auction houses floundered, so they cooked up a plan to estimate the value of every home in America. It drew so many people on day one that the site crashed.

Today, the company publishes value estimates for 104 million properties and the Zestimate is featured prominently on home listing pages across the site. However, questions about the Zestimate have plagued ZIllow from the start. The real estate press pounced when then-CEO Spencer Rascoff sold a home for 40% less than the Zestimate in 2016. A few years later, the company offered $1 million to data scientists who could most improve accuracy.

Through it all, Zillow has maintained that the figure is a place to start and does not replace a professional appraisal — while also claiming high accuracy rates and eventually using the Zestimate in its offers to buy homes. “We leveraged the Zestimate in our Zillow Offers operations the same way we encourage the public to use it: as a starting point,” said spokesperson Viet Shelton.

How is the Zestimate calculated?

Zillow does not share the exact formula for its estimates, but says it uses “statistical and machine learning models” to “examine hundreds of data points” for each home. Data points include things like square footage, location and the number of bedrooms and bathrooms. The Zestimate also takes into account tax assessments, prior sales and, if the home is on market, the listing price and how long it has been available. In the most recent update to the formula in June, Zillow says it made the estimates more responsive to market trends and seasonality.

Zillow also allows homeowners to update facts about their homes, which it recommends doing if you feel the Zestimate for your home is too high or too low.

What does a professional appraiser say about the Zestimate?

According to Ryan Lundquist, an appraiser in Sacramento, California, the Zestimate is “really hit and miss.” Sometimes it is spot on with value and others it’s off by hundreds of thousands of dollars.

In general, the more data Zillow has on a home and a market, the more accurate its estimate is going to be. This means the Zestimate is probably closer to the actual value in a tract neighborhood where 25 similar homes sold last year than it is in a town where each street is different.

The problem is that many people take the Zestimate as gospel and won’t hear of listing their home for less or paying more. Lundquist was once even threatened with a lawsuit because a homeowner worried his measurement of the home would hurt the property’s Zestimate.

Instead, Lundquist recommends taking Zillow at its word and using the Zestimate as just one piece of evidence among many.

“This is a neat tool but I would never recommend for anyone to make real life real estate decisions based on this instant value,” says Lundquist. “When real money is at stake, you've got to sort of step away from the computer and make sure you're talking to other humans.” 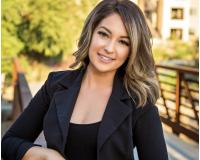 Want to Advertise on this Site?

Quoted article by: Samantha Sharfhttps://money.com/zillow-zestimate-accuracy-flipping/Americans love the Zestimate, but Zillow's latest business problems suggest you should think twice before using

PIMA TUCSON HOMEBUYER’S SOLUTIONThe Pima Tucson Homebuyer’s Solution helps overcome barriers so you can buy a home in Tucson, Arizona.  The benefits are similar to those offered by other

Since the beginning of the year, the US economy has been cooling off. After several years of strong growth, rising inflation and energy costs are affecting US households in ways not seen since the

Are The Bidding Wars Over

Let’s face it, it’s fun to have a home listing during a seller’s market. When inventory is tight, even less-than-perfect homes invite the frantic bidding wars seen over the past few years. But

By registering, you agree to our terms of use and that real estate professionals from The Arizona Prestige Group and lenders may call/text you about your inquiry, which may involve use of automated means and prerecorded/artificial voices. Message frequency varies. Text HELP for help or STOP to cancel. You don't need to consent as a condition of buying any property, goods or services. Messages/data rates may apply. Additional information about data use is in our privacy policy.