What Does The Stock Market Tumble Mean For Real Estate

The Dow Jones dropped more than 800 points on Wednesday, the third biggest point drop of the year and the biggest drop since February. As investors sell-off stock and the benchmark yield rises, what does it mean for the real estate industry? Well for one, mortgage rates could climb even higher.

Wednesday’s steep drop in the stock market isn’t too much to be worried about, in a market that was already oversold, according to Matthew Gardner, the chief economist at Windermere Real Estate.

“As far as today’s sell-off is concerned, I am really not that concerned,” Matthew Gardner, the chief economist at Windermere Real Estate, told Inman. “It has been my position for a while that the equity markets are overbought and were due for a pullback.”

But as Gardner points out, the mortgage rates are connected to the yield on 10-year treasury bonds. Normally, a stock market sell-off will drive people into bonds, which reduces yields, however, that isn’t the case right now, he explained. As stocks dropped, bonds fell too on Wednesday, according to CNBC.

“In ‘normal’ circumstances, a drop in equities drives people to bonds and that does reduce yields,” said Gardner. “This time, however, we are seeing yields rise which does raise mortgage rates. It’s a very unusual situation.”

The tech industry was among the biggest losers on Wednesday, with stocks in Apple, Facebook, Alphabet and Amazon all dropping more than 4 percent. SoftBank — which recently just invested heavily into Compass and Opendoor — saw its stock drop more than 8 percent.

Selma Hepp, the chief economist at Pacific Union International, said most people, buyers and sellers included, have been waiting for the other shoe to drop and people are on heightened alert.

“We’ve seen a notable drop in sales in September particularly in the luxury market where a lot of our buyers are tech and/or finance executives,” Hepp said. “I think recent rhetoric on trade and problems tech companies have been facing (Google, for example) is not boding well for consumer confidence.”

“As tech stocks are concerned, possibly a slight correction is a healthy development at this point again with ‘the other shoe to drop’ mentality in the financial markets,” Hepp added.

Lawrence Yun, the chief economist at the National Association of Realtors (NAR), also noted the market was currently over-priced — and even with the correction, still ahead of where it was last year. He believes the impact will be minimal and could have some small positives and some small negatives.

Aaron Terrazas, the senior economist at Zillow, explained that the stock market is by definition volatile and so for the vast majority of Americans, the periodic ups and downs on Wall Street don’t have concrete impacts beyond the anxiety prompted by looking at their 401(k).

Taylor Marr, a senior economist at Redfin, told Inman it’s hard to tell if today’s drop will have lasting implications. But if we assume it’s a market correction and prices that have come down – especially in tech – are here to stay, there could be some short-term impacts.

Certain markets that depend on the success of large tech companies – like Amazon in Seattle – will be impacted, Marr explained. Amazon’s stock dropping could make it tougher for those who rely on the company – whether as an employee or through the selling of its stock – to either afford their mortgage or purchase a new home, according to Marr. The luxury market could also take a hit, he added.

“Increased volatility of stock usually does impact the luxury market,” said Marr. “When there’s more uncertainty economically, luxury buyers have more pause and are a bit more hesitant to invest.” 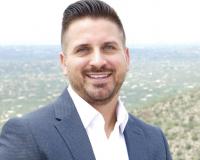 Arizona native, born and raised in Tucson, Bryan grew up in a family with a Real Estate background. His Father retired with more than 30 years in the Real Estate business, and his Mother and 2 older s....

Want to Advertise on this Site?

24 HR Hot sheet see all new listing in the past 24 hours areas in the NORTH< NORTHEAST > EAST/ just clink the link below to View!! . Contact us for any questions!! Follow this link to see

By registering, you agree to our terms of use and that real estate professionals from The Arizona Prestige Group and lenders may call/text you about your inquiry, which may involve use of automated means and prerecorded/artificial voices. Message frequency varies. Text HELP for help or STOP to cancel. You don't need to consent as a condition of buying any property, goods or services. Messages/data rates may apply. Additional information about data use is in our privacy policy.